Will Cleveland Use American Rescue Money To Address Health Inequities? George Floyd’s death under the knee of former police Officer Derek Chauvin in Minneapolis in May 2020 spurred many changes, forcing the nation to reexamine slavery’s long coattails and its toxic influence on our culture, society and institutions. 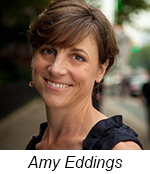 More than 140 police oversight bills were passed. Statues of Civil War soldiers toppled, along with a few of New World explorer (and exploiter) Christopher Columbus. Businesses, including Ideastream Public Media, launched diversity, equity and inclusion programs. And many governments, including the city of Cleveland, declared racism a public health crisis.

What changes, in turn, has that declaration engendered? Very few.

Cleveland City Council had been considering the resolution declaring racism a public health crisis before Floyd’s death. The national tragedy gave the resolution new urgency. It created a task force of nonprofits to advise City Council members on policy decisions that could address racial disparities in health care, housing, education and employment. That task force has been meeting, but their meetings have produced nothing in the way of a single policy recommendation or an action plan.

The group’s members have a lot of ideas. Danielle Sydnor, president of the Cleveland branch of the NAACP and a member of the group, told Ideastream Public Media’s Anna Huntsman that aggressive lead abatement, for example, could “open up a whole new network of potential housing opportunities.” It could even mean jobs for people trained to remove lead paint from homes.

But no legislation has been proposed. And so far, no additional funding has been set aside for such a project.

The outgoing administration of retiring Mayor Frank Jackson hinted that it wants to use some of the $511 million that Cleveland is getting in federal pandemic aid to finance lead mitigation. But it’s not clear whether the Biden administration will allow the city to use American Rescue Plan money for that. Eligible uses of the funds include revenue replacement, COVID-19-related expenditures, assistance to small businesses, households and industries that were greatly affected by pandemic shutdowns and layoffs, economic recovery, extra pay for frontline workers and investments in weather, sewer and broadband infrastructure.

I’m not seeing lead abatement or abandoned property tear-downs on the list.

Regardless of whether the Jackson administration gets the federal nod to use American Rescue Plan money for these things, cleaning up lead paint and taking down more abandoned houses are not going to make a dent in the health disparities burdening Cleveland’s communities of color. Neither is bringing a Meijer grocery store to Fairfax. It will affect a few families, but it won’t move the needle very much. The problem is far more complex.

An influx of federal dollars isn’t going to launch a turnaround, either. This is going to take sustained effort, and a reliable, ongoing stream of taxpayer dollars to pay for whatever comes out of the task force on racism as a public health crisis. This will likely be a costly proposition for a city that continues to lose its tax base, as the new 2020 Census figures showed.