One in five Cleveland water accounts fall behind as shutoffs resume Janet Gill-Cooks has been behind on utility bills since last year, when, early in the pandemic, she lost her job as a supplier of products at Sam’s Club. 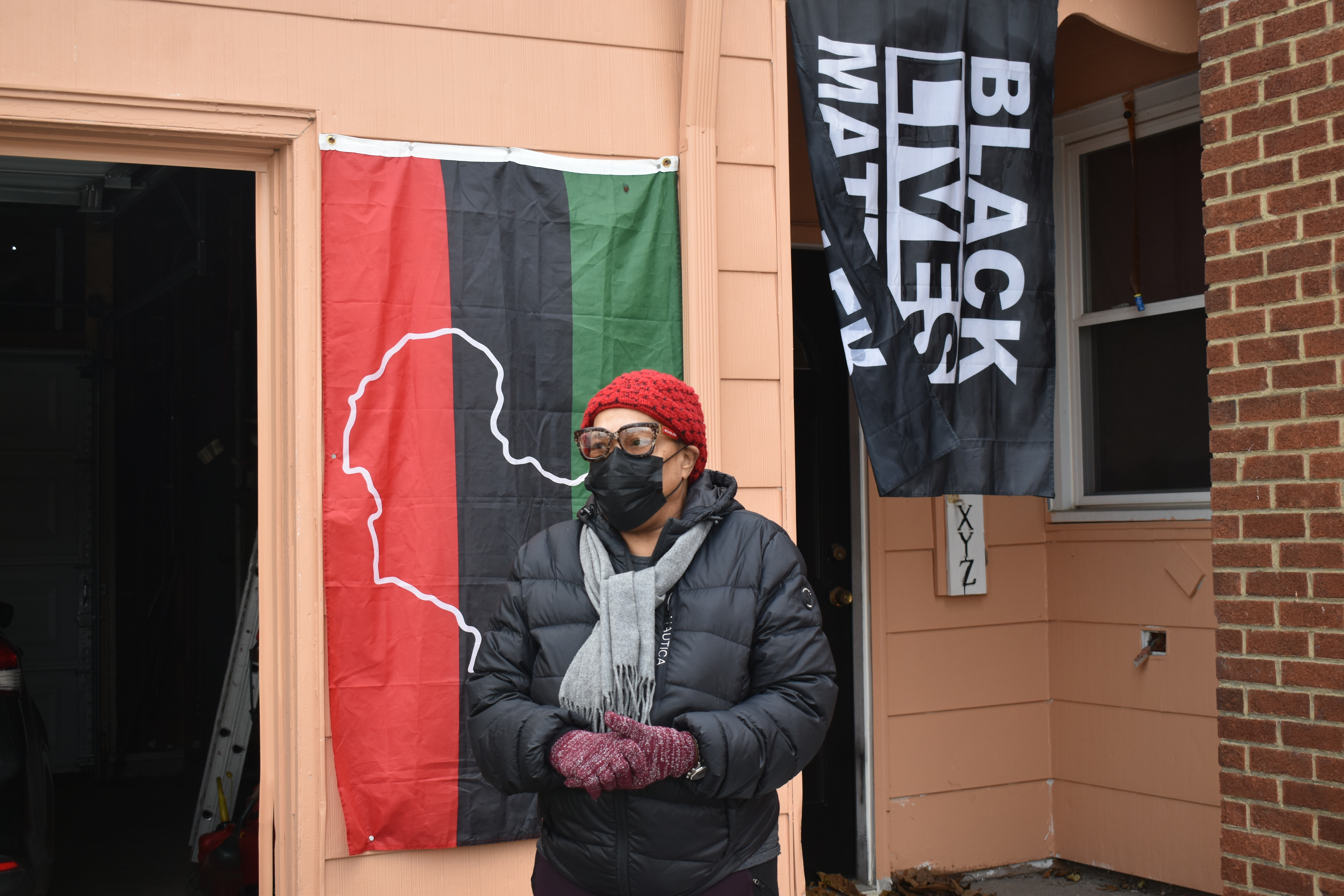 Janet Gill-Cooks stands outside of her garage at her home in Garfield Heights. She’s gotten behind on her utility bills after losing her job during the pandemic last year, and has been struggling to catch up on them, like thousands of other Clevelanders.  [Conor Morris / NEO SoJo]

Since then, the 63-year-old Garfield Heights resident has been getting by on her Social Security Disability check, with some help from her children and with weekly trips to local food banks.

She has COPD (Chronic Obstructive Pulmonary Disease) and degenerative arthritis, which make it hard for her to find work, especially work that’s safe during a pandemic deadly to older adults with health conditions.

Because of that, Gill-Cooks has had a hard time affording her $65-$75 water and sewer bills each month. And she’s not alone.

Some 93,000 residential Cleveland Water Department customers were at least one month behind on water bills as of November. Put another way: roughly one in five Cleveland Water customers are behind on bills (CWD has 441,127 total accounts, serving roughly 1.4 million people).

The Northeast Ohio Solutions Journalism Collaborative will be reporting on water debt and water bill affordability in Cleveland over the next few months as part of its Making Ends Meet project. If you’ve got a tip, or are yourself behind on utility bills, please take our brief survey.

Water debt was a problem in Cleveland before the pandemic, but the number of homeowners and renters at least a month behind on bills has almost tripled since 2019, according to statistics compiled by the Northeast Ohio Solutions Journalism Collaborative.

Although programs exist to help people behind on utility bills, Gill-Cooks has struggled to get help paying off the roughly $600 she owes to utility companies. And it’s not for a lack of trying.

“It’s a really hard situation when they have these resources available, and then you can’t get through because there’s so many other people needing help,” she said.

The extensive amount of documentation required doesn’t help either, she said.

Gill-Cooks showed this reporter one application for assistance, which required a slew of documents: copies of bank statements; utility bills for two months; a photocopy of identification; proof of monthly income for all household residents; and documentation of all monthly expenses, from her cell phone to laundry expenses.

While things are challenging for Gill-Cooks, she isn’t as far behind as some in Cleveland. Some 40,000 customers haven’t paid their water bill for six months or more, according to November data. 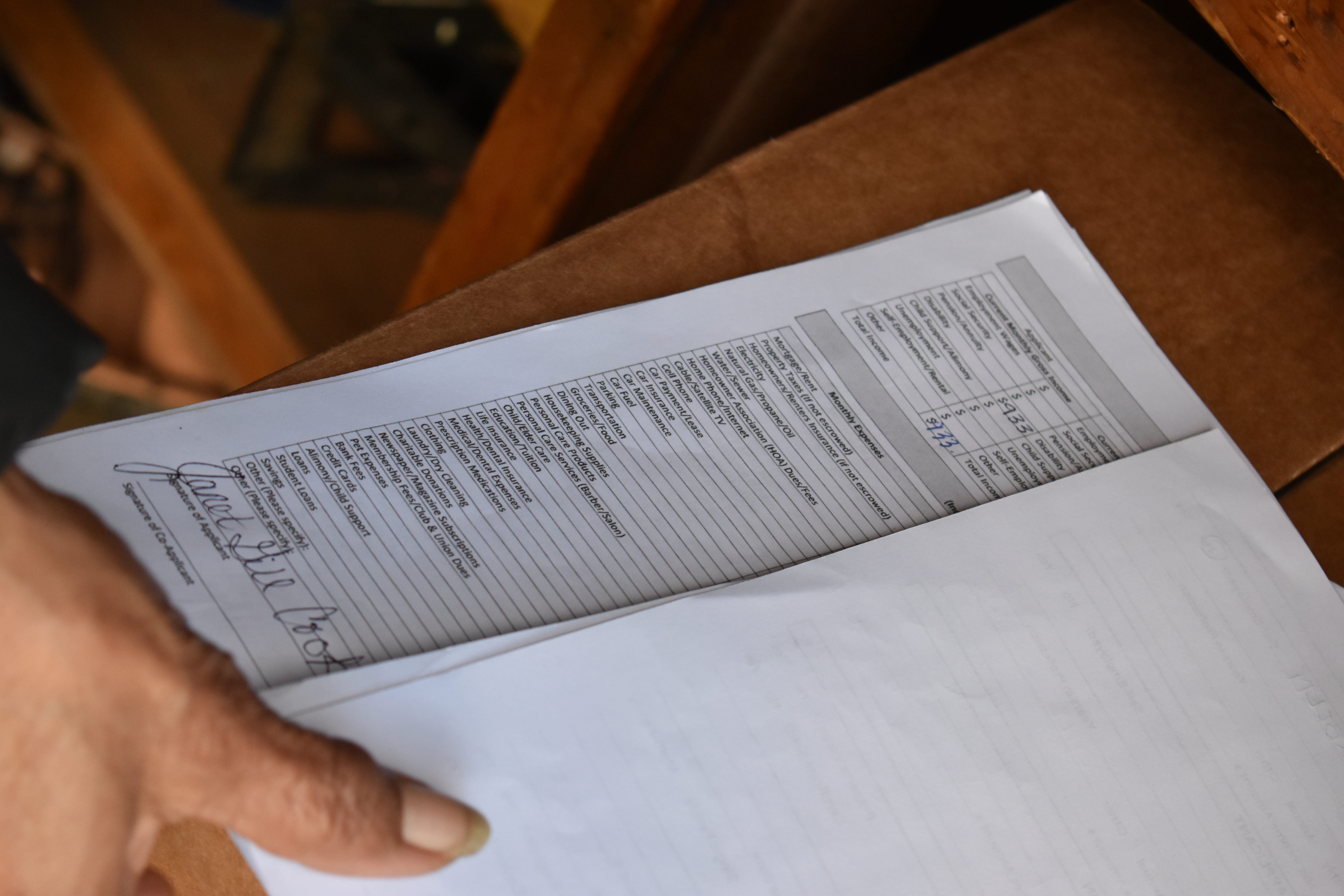 Meanwhile, as of mid-November, Cleveland had disconnected 992 residential water customers and sewer customers with overdue bills since July, after pausing the practice for more than a year during the pandemic.

The utilities committee of Cleveland City Council discussed some of these statistics at an Oct. 19 meeting. Committee chair Brian Kazy said there were 122,000 overdue accounts at the time, calling it a “high percentage” of the total customer base, and encouraged people behind on their bills to quickly call the water department and get on a repayment plan.

Councilman Mike Polensek said he knows many people are struggling to make ends meet and pay their bills. Still, he said he suspects some are ”beating the system” by avoiding payment until their service is cut off.

“There are people out there that were just not paying their bills prior to the pandemic,” he said. “That became very obvious to me…I can see that pattern.”

Calling out property flippers and absentee landlords in particular, Polensek said some are thumbing their noses at the city, unafraid the city will crack down.

However, the city had no responsive records when it was asked how many water bills are in landlords’ names versus renters.

Pearl Chen, a spokesperson for the Cleveland advocacy group Utilities for All, said in a statement the city needs to prioritize helping vulnerable residents who are behind on water bills.

“No one deserves to have their water shut off,” she said.

Chen noted that the two affordability programs the Cleveland Water Department offers - the Homestead Discount program and the Water Affordability Program - are for people who own their homes. This, in a city in which 60% of residents are renters.

Cleveland spokesperson Latoya Hunter said the city started disconnecting accounts with more than $4,800 in debt in July. The debt threshold has dropped since then, she said. On Sept. 1, it decreased to $3,800. In October, it was $3,100, and in November, $2,650. It could continue to decrease each month, she said. That would put more people at risk of a shutoff.

Hunter said that of the almost 1,000 people who have received water disconnection notices due to non-payment since mid-2021, only about 13% had signed up for payment plans as of last month.

“Cleveland Water is ready and willing to work with any customer who contacts our customer service team,” she said.

What help is available?

Some 22,500 Cleveland Water customers participate in the Homestead Discount program, according to a 2019 rate study conducted by Stantec, an external consultant. That program’s limited to those at least 65 years old or “permanently and totally disabled,” and earn $34,500 or less each year.

An even smaller number - 1,600 - participate in the Water Affordability Program operated by CHN Housing Partners, a Cleveland community action agency. CHN spokesperson Laura Boustani attributed the relatively low participation to the fact that enrollees need to re-verify their income every year.

Chen said navigating utility assistance programs and their eligibility guidelines can be difficult. They often require extensive documentation, she said. She also noted that many are struggling with more than one utility, and may not have the time or resources to help themselves.

That rings true for Gill-Cooks, who’s tried without success to apply for energy-bill assistance - the federal HEAP and state-run PIPP programs - from CHN Housing Partners.

“I’ve tried to get through…but you call that number and it’s always busy,” she said. “Then you go online and there’s no appointments available. I’ve been doing it for days and days and days.”

Boustani, of CHN, said the system fills up quickly, but noted that new application appointments are released daily. She suggested checking back as often as possible and specifically cited 8 a.m. as a good time to start.

Beyond these programs, almost $65 million in federal pandemic relief funds remains to be distributed by the Cleveland community action agency Step Forward, which helps people with utilities, rent, and other expenses. That money – part of the December 2020 federal stimulus bill – has been available since July. So far, however, only 1,000 households have seen a total of $3.5 million, or 5% of the total.

Lauren Okapal, director of communications for Step Forward, said her agency is still processing thousands of applications, and it can take up to six weeks or longer for people to get the relief dollars. Until the agency is able to hire more staff, she advised applicants to speed up the process by supplying all necessary documents and filling out all forms in full.

Meanwhile, more relief may be on the way to Ohio through the American Rescue Plan Act, approved by Congress in March 2021.Ohio Department of Development spokesperson Megan Nagy said her agency is working with the federal government to gain access to those funds.

This story has been updated to include the most recent data from Cleveland Water.

This story is a part of the Northeast Ohio Solutions Journalism Collaborative’s Making Ends Meet project. NEO SoJo is composed of 18-plus Northeast Ohio news outlets including [partner’s name]. Conor Morris is a corps member with Report for America. Want to talk about utility assistance programs? Email him at cmorris40@gmail.com