“I don’t have any regrets,” Watson said. “The things that are off the field right now that came up caught me by surprise because I never did anything that these people are alleging.” The 22 cases allege sexual harassment or sexual assault. The cases allege that Watson improperly touched women who had been hired as massage therapists or personal trainers.

“I understand that whole circumstance is very difficult, especially for the women side of the fans in this community. I’m not naïve to that. I know these allegations are very, very serious, but like I mentioned before, I’ve never assaulted any woman, I never disrespected any woman,” Watson said. “I was raised to be genuine and respect everyone and everything around me. I’ve always defended that and I will continue to stand on that.”

Watson said he doesn't plan to settle the civil lawsuits filed by accusers.

"That's not my intent. My intent is to continue to clear my name as much as possible and that's what I'm focused on," he said.

Browns General Manager and Executive Vice President Andrew Berry said no one from the Browns organization reached out to the 22 women directly. He said he was told by the team’s lawyers that doing so could be considered interfering with a criminal investigation.

Berry said the team hired independent investigators to get a “comprehensive and holistic perspective” of the cases.

Browns owners Jimmy and Dee Haslam say they take the sexual assault allegations against new quarterback Deshaun Watson very seriously, having friends that were victims, but they spent more time on this than any decision in their 10 years in ownership.

“This has been a really hard and difficult journey for us and for our family and we spent a lot of time and a lot of evenings spending time with our daughters and working through this as a family,” Dee Haslam said.

The Haslams repeatedly said they got comfortable with Watson as a person and believe he'll work hard to build trust. Jimmy Haslam says he has faith in the legal proceedings.

Dee Haslam says they knew the move would provoke a lot of emotions.

“I think it has obviously triggered that emotion in a lot of people. Our daughters weighed in really early how hard this is and some of the experiences they've had in their life,” Dee Haslam said.

The Cleveland Rape Crisis Center issued a statement after the Browns traded for Watson last week.

"We understand the story surrounding Deshaun Watson joining the Cleveland Browns team is triggering for far too many of our friends and neighbors. For those who need additional support, please know Cleveland Rape Crisis Center is available to you 24/7/365,” the statemen read. “To the community we say, we see you. We hear your outrage. We feel it too.”

The center received a surge of donations since the trade was announced.

“We’ll never fully be able to walk in the shoes of individuals who have been affected by sexual assault and that’s something we thought a lot about as we walked through this process,” Berry said. “We totally respect and totally empathize with those sentiments right now, totally understand that there are people who are not comfortable with the transaction right now, but again we followed our information. We feel good about Deshaun as a person.”

Watson said he would commit to working with local women’s advocacy organizations.

“I have to earn that trust,” Watson said. “I don’t want to just jump out and make it seem like I’m just doing it to clear my name.”

But Watson wouldn’t commit to getting counseling.

“It’s hard for me to say the counseling part because I don’t have a problem,” Watson said. “I’m willing to talk to people about certain situations to make sure I’m not getting back in this, but like I said before, I never assaulted anyone. I never disrespected anyone.” 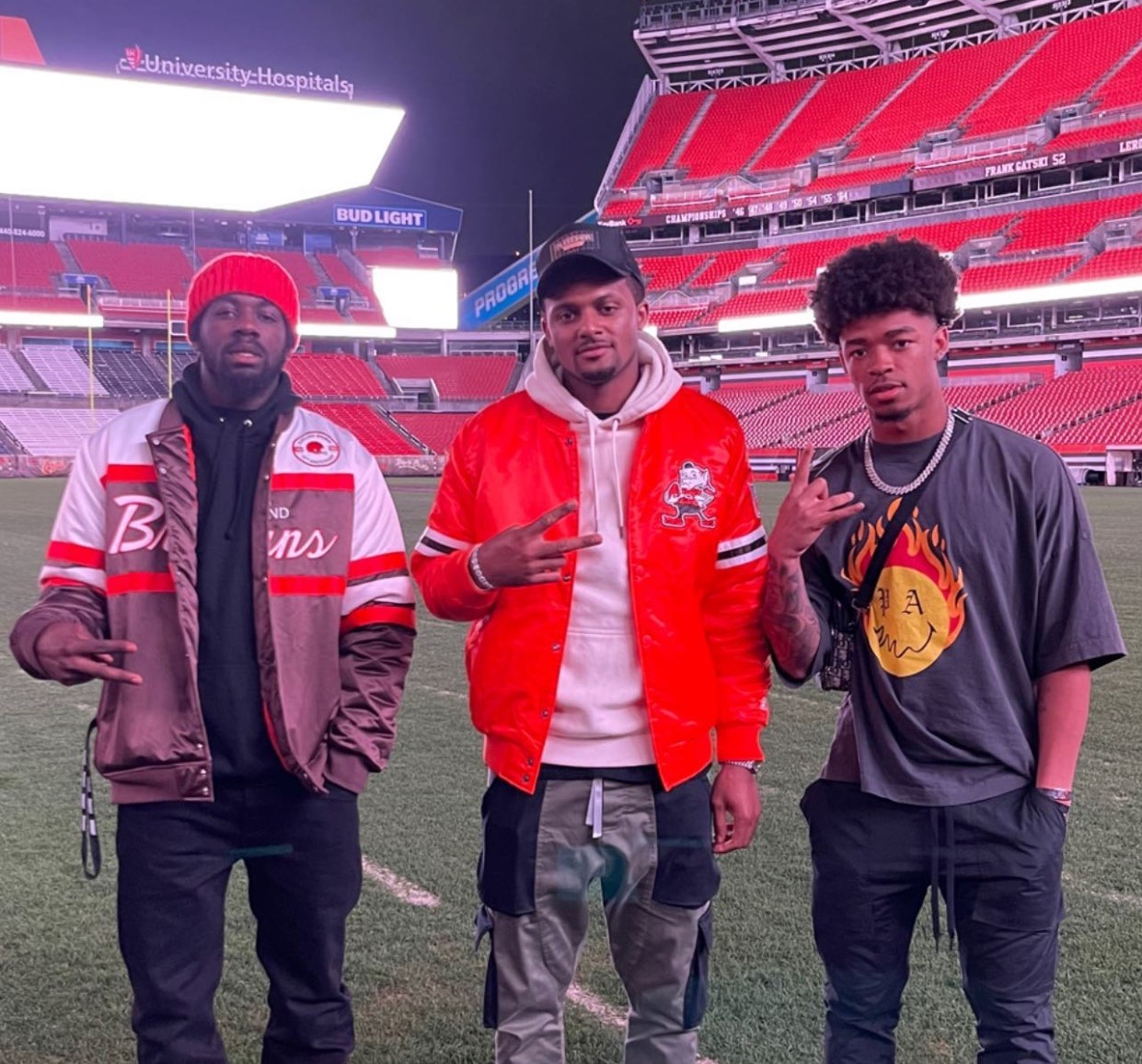 The Browns traded for Watson last week. In exchange for the 26-year-old Clemson University alumnus and a sixth round NFL Draft pick, the Browns sent six draft picks, three of which are first round picks, to the Houston Texans.

After the trade, Watson and the Browns agreed to a 5-year, $230 million fully guaranteed contract.

“Once we were able to get comfortable with him as a person, the football part, in terms of evaluation, was pretty easy,” Berry said.

It is likely Watson will be suspended for at least some part of the upcoming season. The NFL set several precedents by suspending a number of players in the past that faced sexual misconduct lawsuits without facing any charges. Watson's contract sets his salary at just $1 million in the first year, potentially limiting any lost wages due to suspension.