In Parts Of Cleveland, You Don’t Call 911. You Call Tonto. Gregory Terrell is a volunteer violence interrupter in Cleveland, Ohio. He runs a non-profit called Society for Nonviolent Change and works mostly in the Central neighborhood on Cleveland’s East Side. Everyone who knows him calls him Tonto.

Cities across the U.S. are trying to reduce gun violence, with many turning to “violence interrupters” like Tonto. They are community members who set out to mediate conflicts before violence escalates.

‘Been Going On Since Before I Was Born’

The day-to-day of Tonto’s work involves lots of driving around talking with people in the community.

“I do this all day, every day all over the city,” Tonto said as he drove through neighborhoods near Cleveland’s King Kennedy public housing projects on a cold afternoon in February.

Along the way, he stopped and chatted with older men standing outside a supermarket. He checked in with residents of the public housing where he grew up and pointed out the ones where shootings are most frequent. 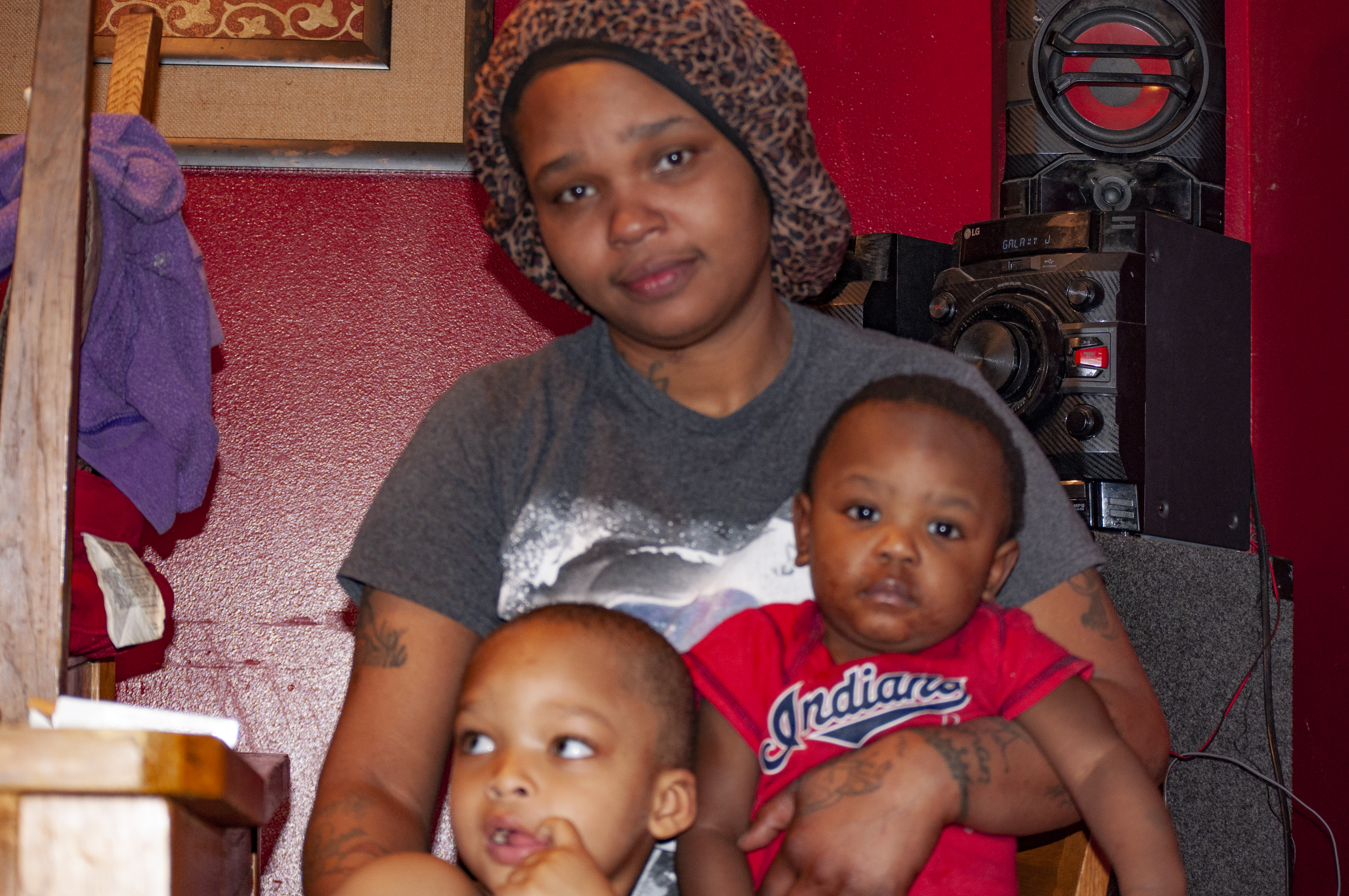 King Kennedy was built almost half a century ago. Inside Tonto stopped by Shay Perry’s small, second-floor apartment where she lives with her two young boys.

The public housing complex is a maze of run down apartment buildings, ball fields, a school and social service buildings that covers a few city blocks on the east side of Cleveland.

While her kids play on the floor next to her, Perry says she doesn’t leave the house much anymore. There are long-standing feuds between King Kennedy and other housing projects in Cleveland, especially Valley View, that can often lead to shootings outside her door.

“Then the King Kennedy boys will go retaliate in their projects. It will never fail,” Perry said. “This has been going on since before I was born and it still happening.”

And Perry doesn’t think it will end anytime soon.

“But don’t nobody speak up for anybody who lives down here, knowing they’re supposed to be protecting,” Perry said.

This is where Tonto tries to help. The idea is his connections will come in handy after a shooting. He can reach out to people on both sides of the dispute to calm tensions and try to mediate.

“It depends on what happened,” said Tonto. “I’m not going to lose my credibility. But at the same time I’m not going to allow anybody to just wreak havoc in my community and not make you pay for that s*** either.” 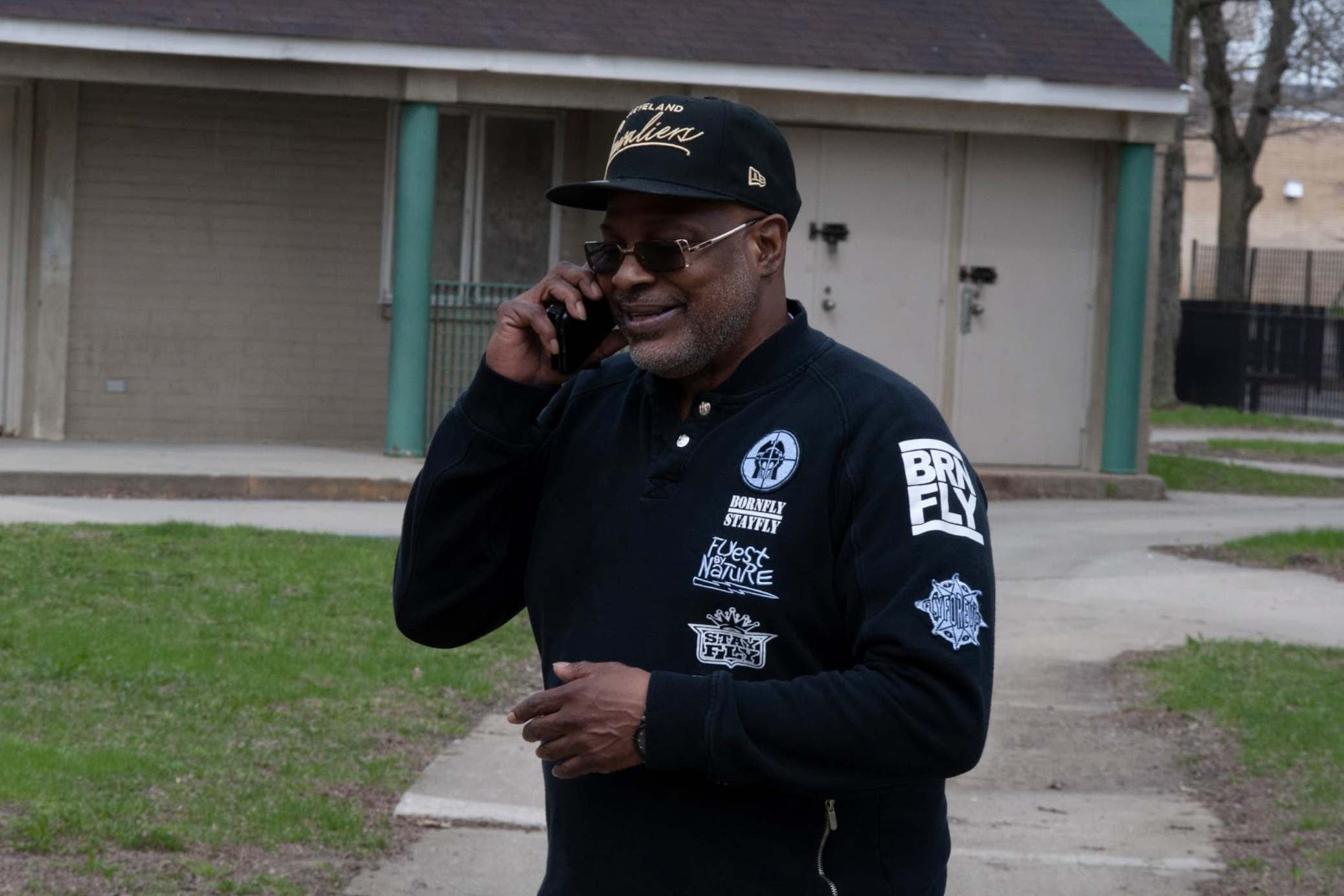 Gregory Terrell, Tonto, during a visit to the King Kennedy housing project in Cleveland. Tonto works as a volunteer violence interrupter in King Kennedy and the surrounding neighborhoods. [Matt Richmond / ideastream]

He’s not a police officer but sometimes he’ll share what he learns with the police. So, for instance, Tonto goes to the police if a child or an innocent bystander is killed. But in other cases he won’t.

“Certain things do happen, some people have personal beefs. I ain’t got nothing to do with that,” explained Tonto.

He used to work with the city’s youth violence prevention office, submitted incident reports to City Hall and responded to requests for help from police officers and residents.

Tonto’s role was to help prevent retaliation. He talked to victims and their families, and connected them with social services.

But a year ago there was a change of leadership in the office and they stopped working with him. Now he’s out on his own.

“Why I ain’t got a contract with the city?” Tonto asked. “I could take you to these people and they’ll tell you, ‘When there’s a shooting, we call him.’”

The kind of violence prevention work Tonto does, where the community turns to one of their own for help, has been around for a long time.

Daniel Webster, the director of the Johns Hopkins Center for Gun Policy and Research, has studied work like Tonto’s, in Baltimore.

According to Webster, the most effective programs all have one thing in common.

The gold standard of this sort of work is Cure Violence, an organization founded by an infectious disease researcher named Gary Slutkin.

His idea was to treat gun violence like a public health epidemic by identifying at-risk people and stopping the spread of the pathogen.

Since 2010, his model reduced gun injuries 50 percent in one Brooklyn neighborhood. In the South Bronx, there was a 37 percent reduction.

But Cure Violence is a more formal approach than the work Tonto does.

“New York has had more services and more coordinated efforts to try to change the lives of individuals they’re engaged with,” Webster said.

But Cure Violence hasn’t worked in every situation. Webster and his colleagues published a study last year on outreach programs in Baltimore that use the Cure Violence model.

They found a reduction in homicides in several neighborhoods, with one seeing a 54 percent drop in murders in 20 months. But one neighborhood actually saw a sharp rise in homicides.

Webster’s research has found that success is more likely in neighborhoods with certain characteristics, like places with a history of organizing and a population that isn’t transient. And all of this requires investment, from the community, and from state and local officials.

In Cleveland, a group called Cleveland Peacemakers Alliance is getting resources from the city and foundations. The group has 17 full-time staff and a budget of about a million dollars.

Unlike the Cure Violence model, which is run out of a city’s health department, the Peacemakers is run out of the Cleveland Boys & Girls Club.

The Peacemakers staff follows the progress of people they meet through street outreach. And instead of focusing their efforts on one neighborhood at a time as Cure Violence does, they have interrupters working in different parts of Cleveland.

Peacemakers executive director, Sharyna Cloud, said the decision not to use the Cure Violence model goes back to her organization’s founding, almost 15 years ago.

As its name indicates, Peacemakers Alliance was meant to gather all the groups already doing violence prevention work in Cleveland. Groups like Tonto’s. But that idea never took hold.

When Cloud took over, the workers were already scattered around the city and the Boys & Girls Clubs of Cleveland had taken over.

It was then that they considered using Cure Violence strategies, even visiting Chicago to study how it worked there. But in the end, decided against it.

“It would have meant to pull out those workers who were working in other districts, if we had looked at other data to see what neighborhood was exactly the highest need,” Cloud said. “So then the question became, ‘What happens to all the other neighborhoods?’” 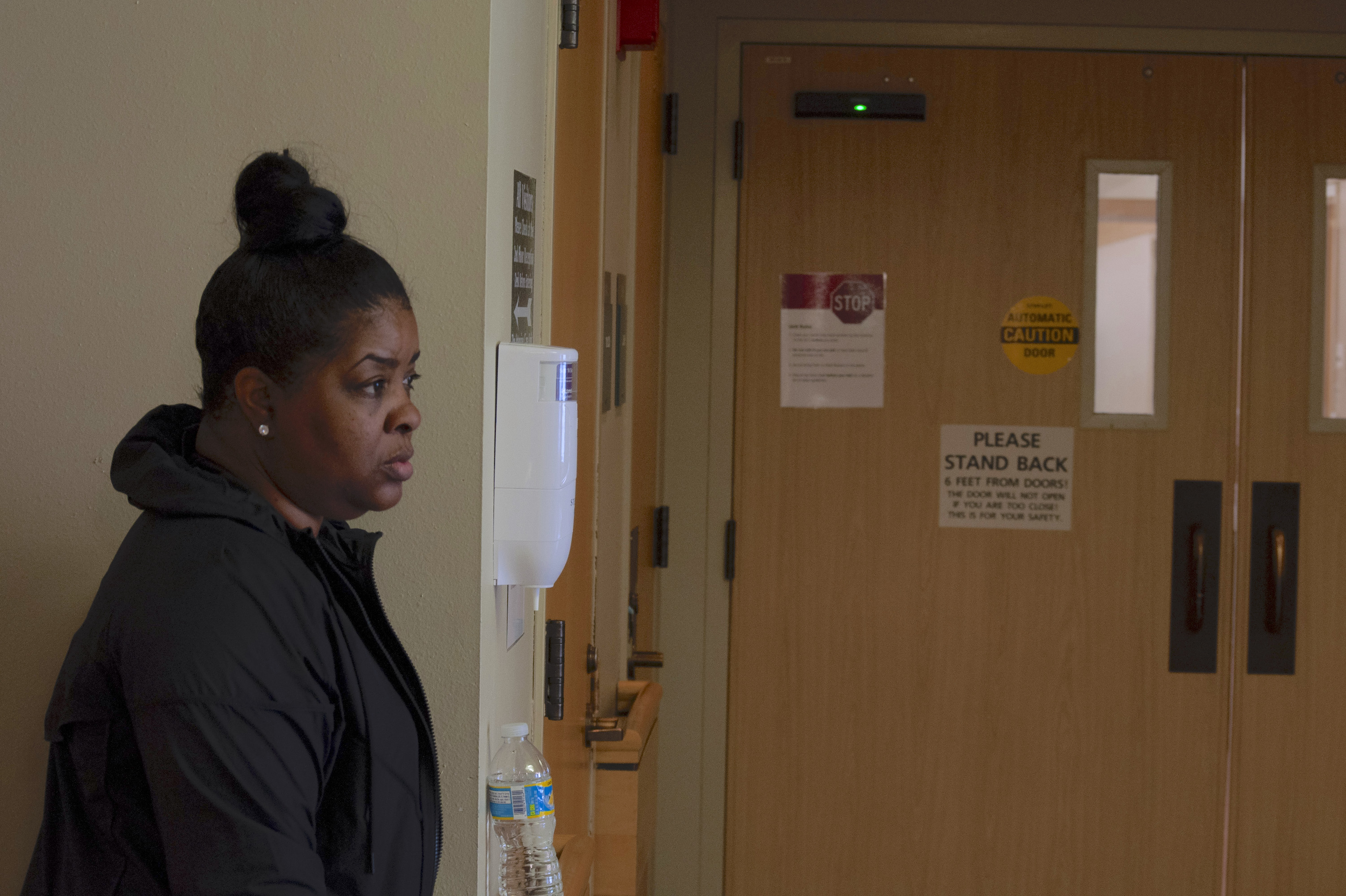 Maryum Patterson is a violence interrupter with the Peacemakers. She has an office at Cleveland’s University Hospitals near the trauma wing.

An incident at the hospital in February proved how useful a full-time violence interrupter can be. After a robbery at a convenience store, the store owner and the suspect were taken to the hospital. The lobby of the hospital filled up with their families, many of whom Patterson knew.

So she started relaying messages from the treatment area back to the family. Some got angry and wanted to retaliate.

“I had to stand in front of the door [to stop them] and then I summoned assistance from the police,” said Patterson.

Today, Patterson is one of two interrupters the Peacemakers has in the city’s hospitals.

But much of the city remains beyond their reach.

Tonto says he’s working on creating a coalition of neighborhood groups that aren’t working with the Peacemakers.

But so far it’s just a plan.

Guns & America is a public media reporting project on the role of guns in American life.