Bill would ban abortion in Ohio if U.S. Supreme Court allows states to decide the issue Lawmakers on both sides of the aisle unloaded several questions about a bill that would outlaw abortion in Ohio if the U.S. Supreme Court overturns Roe v. Wade during its first House committee hearing.

Medical personnel would face prison time and fines under the bill which contains exceptions for a woman’s life or health.

Rep. Beth Liston (D-Dublin), a physician, said the rules in this bill for those exceptions are too complicated. She said it would make it harder for women who need lifesaving abortions to get them and added it would pose a threat to the life of a mother in some areas of the state that are not close to a major neonatal intensive care unit (NICU).

She used ectopic pregnancy, when a fertilized egg ends up in the fallopian tubes instead of the uterus, as an example. Liston said that condition happens in 2 out of every 100 pregnancies. She explained an egg cannot grow in that situation and said that condition can be deadly for the mother. But she said the hoops doctors would have to jump through in this bill, like the one requiring the fetus have immediate access to a NICU, could put a woman's life in jeopardy, especially if she doesn't live close to one.

“I view that as a severe risk to this woman who may live nowhere near facilities that have no ability to do that," Liston said. 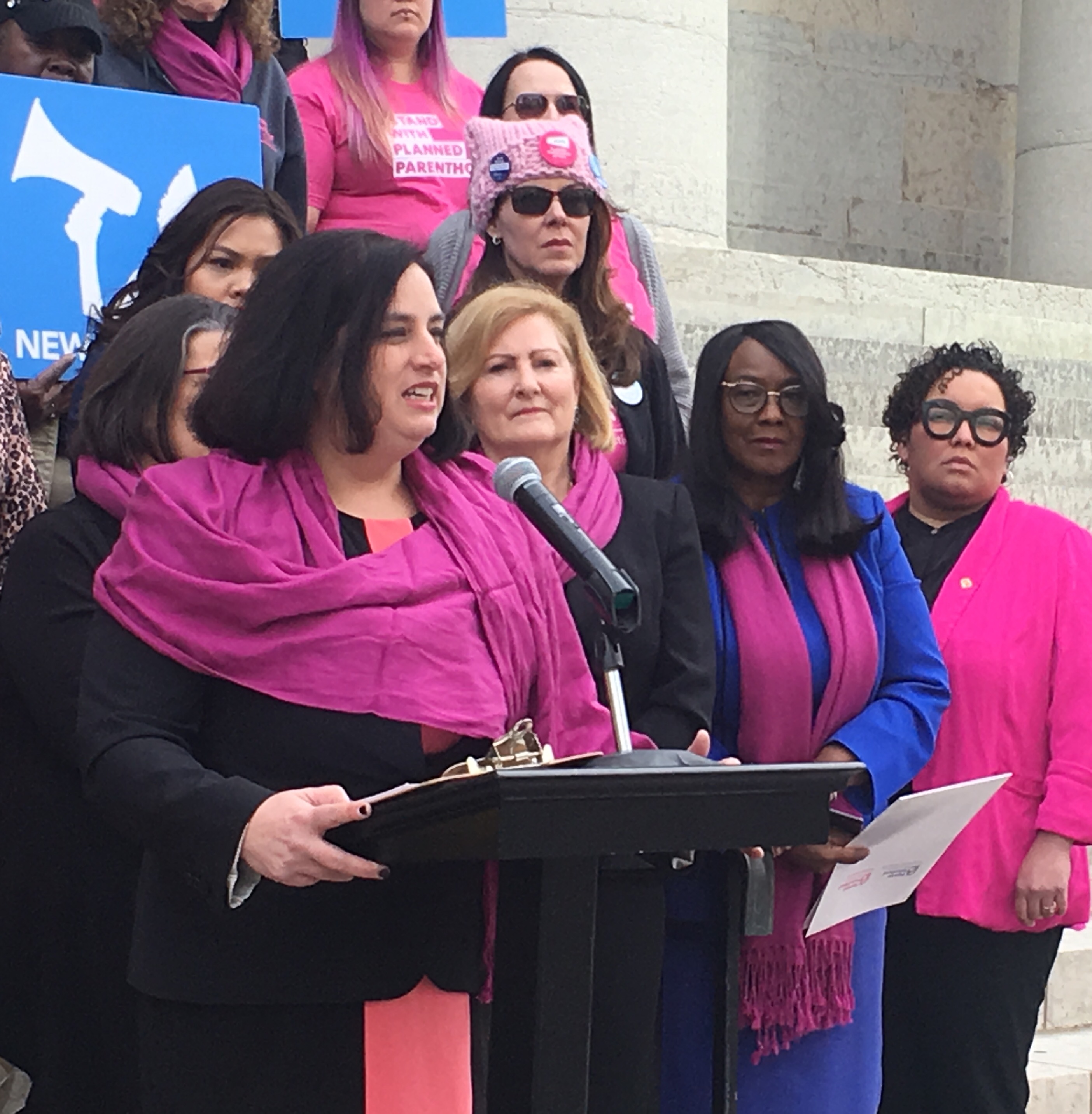 The bill's sponsor, Rep. Jean Schmidt (R-Loveland), said the primary goal of the bill is to keep both the mother and the fetus alive. But she indicated she’s open to some changes if needed.

“The bill has safeguards but I’m willing to tighten up the language for a true emergency,” Schmidt said.

Other lawmakers questioned legal aspects of the bill and say those need to be addressed too.

Rep. Bill Seitz (R-Cincinnati) said this bill goes further than the Dobbs case now under consideration by the U.S. Supreme Court. The Mississippi law bans abortions at 15 weeks or later. Seitz said, depending on how the nation's high court rules on that Mississippi case, this trigger bill — which bans nearly all abortions — could go further. He said that raises additional legal questions. He pointed out Ohio already has a law on the books that bans abortion at the point a fetal heartbeat can be detected but it has been put on hold by a federal court. 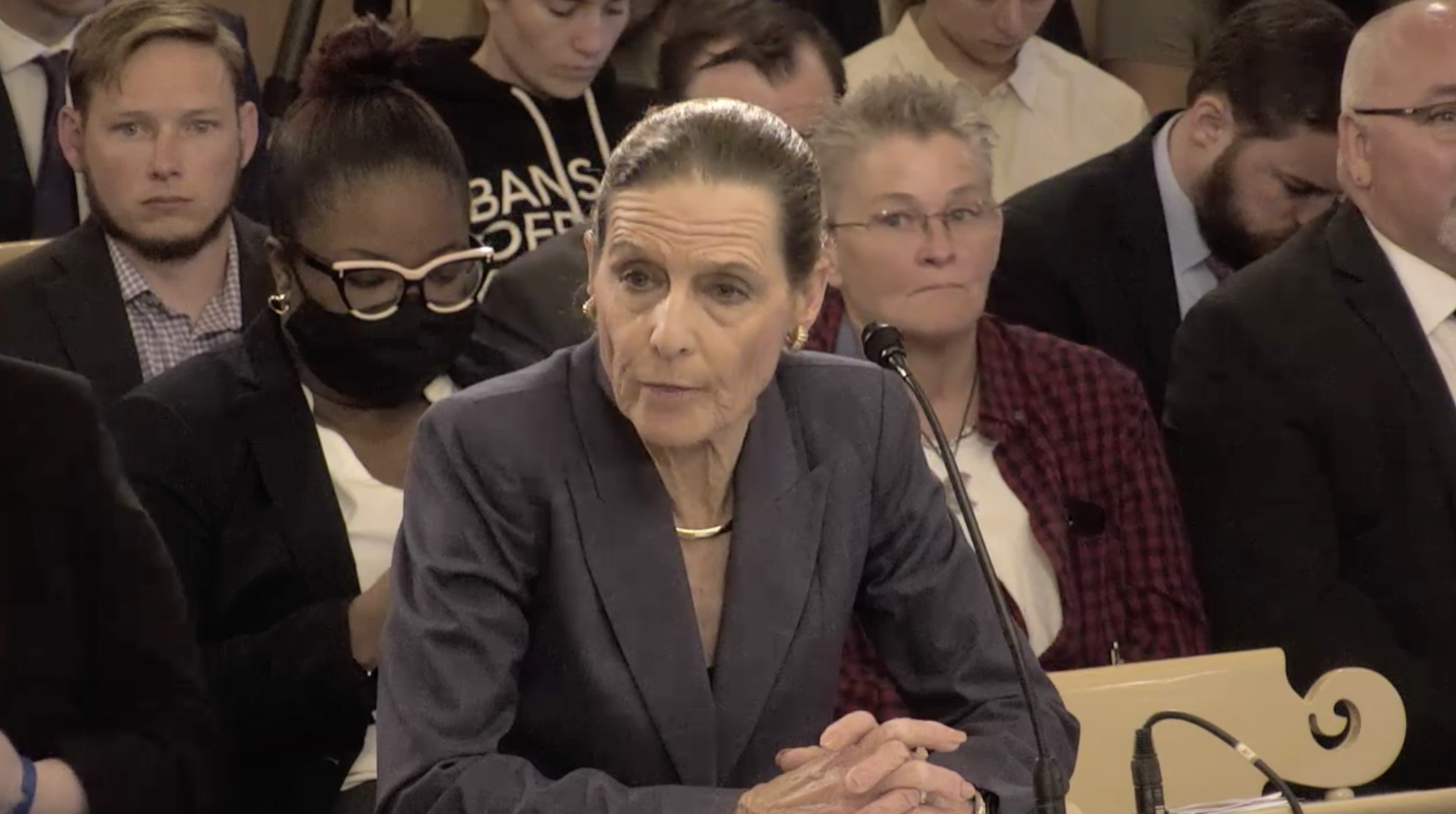 Rep. Jean Schmidt (R-Loveland) testifies on behalf of her bill to end abortion in Ohio if and when U.S. Supreme Court allows it. [Jo Ingles / Statehouse News Bureau]

Many abortion opponents are watching the U.S. Supreme Court's actions on the Mississippi case because they think it could be used as a vehicle to overturn the landmark 1973 Roe v. Wade ruling that legalized abortion.

There are court observers that believe conservative court justices, appointed during the Trump administration, will turn the court’s balance to the right, giving anti-abortion backers hope that states will be able to decide whether or not to allow abortions.